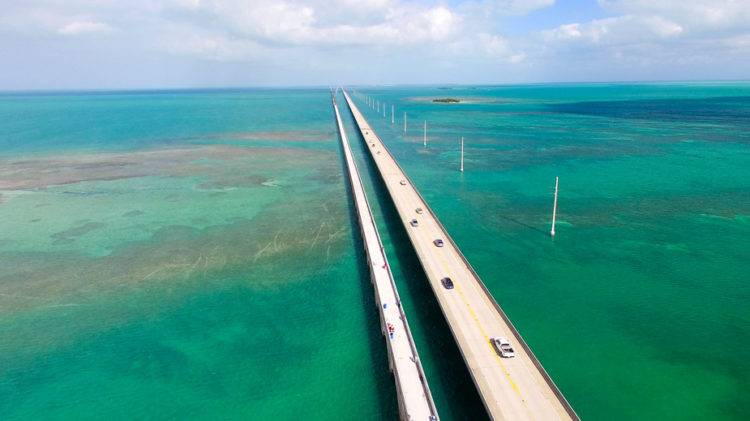 Last March, Florida International University saw a deadly bridge collapse: five motorists that were driving underneath were killed, along with one worker, and five more were seriously injured. The bridge was in the midst of construction and had been “developing cracks of significant width, depth, and length at critical locations,” according to a series of citations issued by the Occupational Safety and Health Administration (OSHA). Of the five contractors involved in the construction, all were held at-fault for “serious” worker safety violations.

“Collectively, these employers failed to take appropriate action and provide the necessary protections to their employees while they were working on the bridge on the day it collapsed,” said OSHA regional administrator Kurt A. Petermeyer. Apparently, bridge designer FIGG Bridge Engineers and Bolton Perez and Associates (which provided engineering and inspection services) did not evacuate their workers from the bridge — which had begun to develop cracks even before it was swung into place.

Additionally, the concrete contractors (the Structural Group of South Florida) was cited because employees were using a safety line “that was not tensioned and was laying on the deck of the bridge canopy,” instead of being placed above the workers. Builder Munilla Construction Management and Structural Technologies, which specialized in post-tensioning work, were also cited for that violation, as well as for attaching five employees to a single, improperly installed line — unsettling footage of the tragic incident actually reveals one worker in mid-air as he tumbles headlong toward the ground. In total, OSHA issued seven work safety violations, along with $86,658 in penalties, to the five companies.

Concrete can last for thousands of years, with some mixes dating back to 500 BC; the fact that this bridge collapsed is intricately connected to mistakes either in the calculations by the concrete contractors or the commercial concrete work itself, but the National Transportation Safety Board’s investigation is expected to take months. Regardless of the concrete company’s role in the bridge’s failure, one thing is certain: these contractors were not taking and enforcing the proper safety precautions for their employees.