Concrete’s Carbon Footprint Is As Big As Its Industry 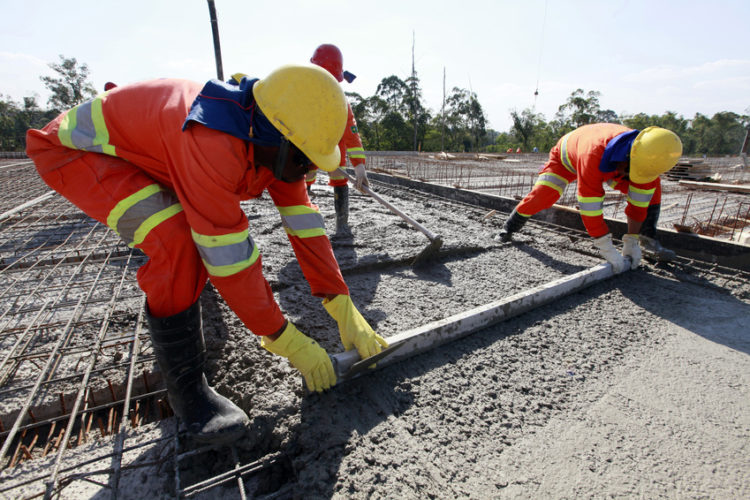 The concrete industry is one of the largest in the world — it’s worth over $37 billion in the U.S. alone. Nearly every industrial field incorporates the use of concrete, from roads and highways to floors and walls. There’s no doubt about it: humanity has and continues to, benefit from its extensive use and application. However, with more attention than ever being paid to the environment and its rapidly deteriorating state, concrete has come under fire.

Despite the fact that concrete materials are low impact — meaning they are better for the environment than, say, steel (not to mention low risk due to concrete safety rules) — it has a massive carbon footprint: it contributes
5% of annual anthropogenic (of human origin) global carbon dioxide production. This is simply due to the fact that it is used everywhere, and is only predicted to increase; by 2050, concrete production is estimated to reach 2 billion tons a year.

“The rule of thumb is that for every ton of cement you make, one ton of carbon dioxide is produced,” says Marios Soutsos, who studies concrete at the University of Liverpool. “Modern cement kilns are now more efficient, and produce about 800kg of carbon dioxide per ton but that is still a big emission.”

Portland cement seems to be the main source of these emissions: the key reaction itself is the breakdown of calcium carbonate into calcium oxide and carbon dioxide.

“Of those 800kg of CO2, around 530kg is released by the limestone decomposition reaction itself.”

So, what does this mean for concrete companies and concrete contractors? For now, not a whole lot. Concrete is used so extensively because it is a near-perfect building material; until science can discover an alternative to the man-made product, the industry will continue to live on, and successfully, too.

In the grand scheme of things, there are plenty of contributors to global pollution other than a single industry (especially one with such a low impact main product). Don’t feel guilty if you need to hire a concrete company to perform commercial concrete work or industrial concrete repair; as long as you’re continuing to follow the concrete safety guidelines, your business won’t be any worse off for its choice of construction material.